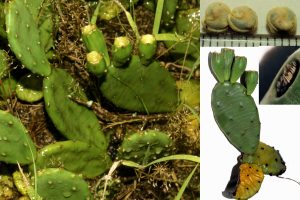 Despite some rain, heavy at times, had a awesome time today meeting up with Joe Metzger and Karyn Molines to foray the Parris Glendening Nature Preserve, Jug Bay. We hiked about one mile to an area called the “Sand Barrens” to look for some prickly pear cactus. It was an open clearing with sandy soil in the middle of pine-oak-maple woods.

The cactus is definitely in the Opuntia humifusa complex, but determining which species was problematic. These plants were spineless and had three to four areoles per diagonal row at the widest part of the cladodes. So, this could be Opuntia humifusa s.s. with three or four areoles per row, or Opuntia mesacantha with no spines. Or it could be something else… Further investigation is needed.

To get a clue about which species this could be, it would be useful to examine two historical collections of cacti in Wayson’s Corner area. The Parris Glendening Nature Preserve is in the general Wayson’s Corner area. As the Nature Preserve was not in existence when these two vouchers were collected, it is possible that these vouchers may have collected on what is now the Nature Reserve. Unfortunately, the exact locations where these vouchers were collected are unknown, so it is also possible that they may have been collected somewhere outside of what is now the Nature Preserve. Regardless, the vouchers could be from the same basic genetic stock. 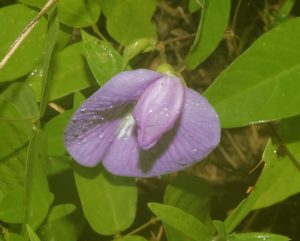 On the way back to our cars, we found a patch of Centrosema virginianum – Spurred Butterfly Pea, a Maryland State S2 plant (threatened species). 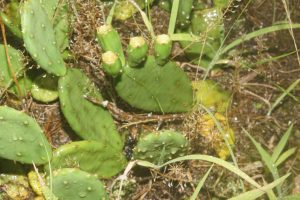 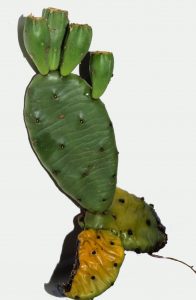 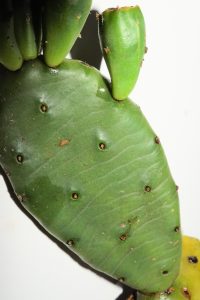 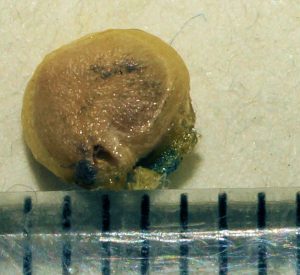 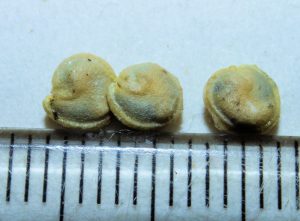