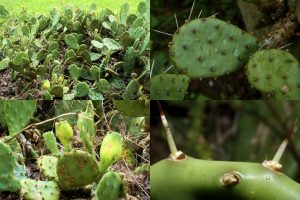 Today Sam Droege showed me a location where some Opuntia was growing along the east side of the Patuxent River along Sands Road in Davidsonville, MD in Anne Arundel County. There were scattered patches of cactus growing along the access road at the site, but the bonanza was about ⅓ of a mile from where we parked the car on Sands Road. Cactus was all over the place. We did not have an accurate way to measure the area, but estimated the cactus covered at least 5 or 6 acres. The habitat was an old field type in clearings with sandy soil. The area was an old sand borrow pit with evidence of sand having been moved around around in the past.

The plants seem to key out to Opuntia mesacantha because the cladodes were spineless and there were three or four (not five) areoles per diagonal row. Closer examination of the plants in this population is needed and a trip to investigate the flowers is planned for next spring. 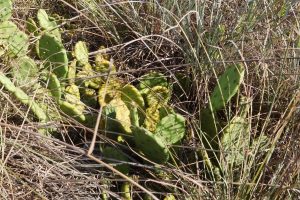 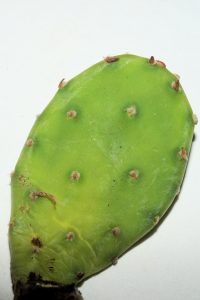 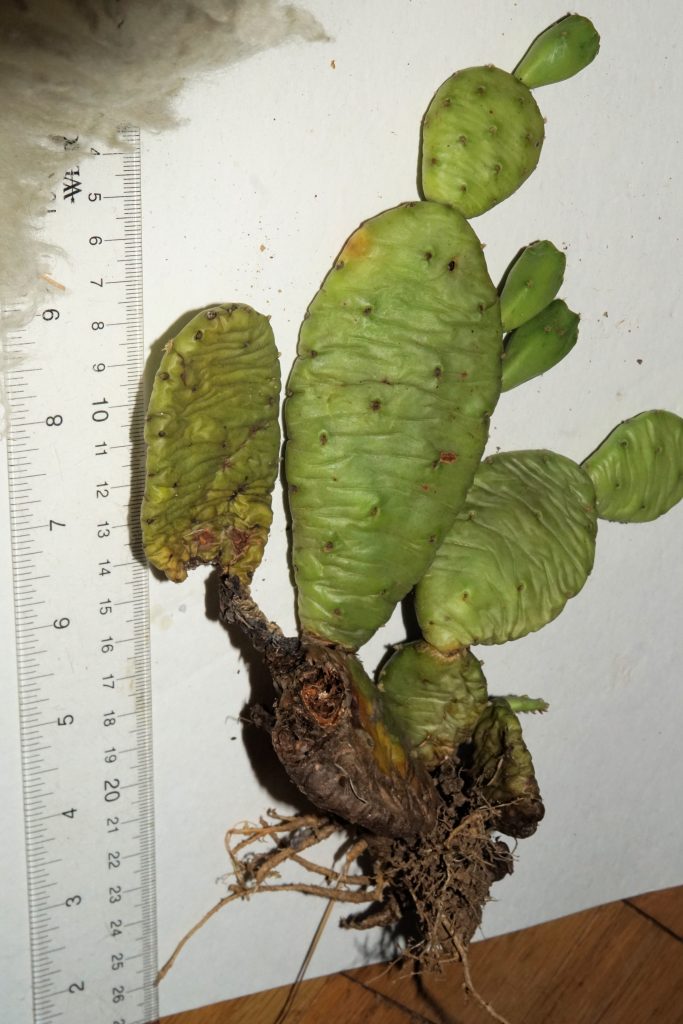 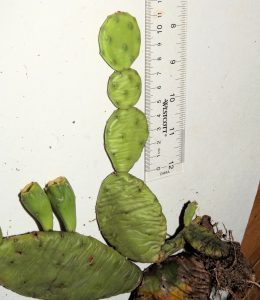