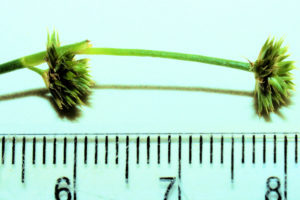 This is a rarely reported species. I found it in a wet meadow on the North Tract of the Refuge When I first tried to determine the plant’s name, I thought it was Rhynchospora capitellata, a fairly common beaksedge. I posted it to a Facebook page for sedges to verify my initial determinination. I was informed by Wes Knapp that this was Juncus brachycarpus instead.

What is interesting about this species is its tuberous rhizome. 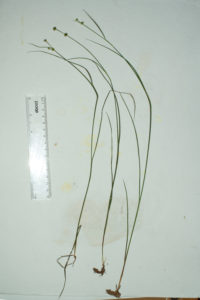 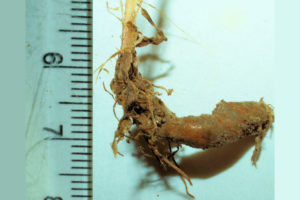 A search of available databases on the internet has yielded the following (only four Maryland records since 1950):

There is also a record of this by R. H. Simmons and M. Tice on 4 Sep 2000 at Runnymede Park, Herndon, Virginia.

There are no other known records of this in Anne Arundel County and the Refuge.

This entry was posted in Journal, Plant Profile. Bookmark the permalink.