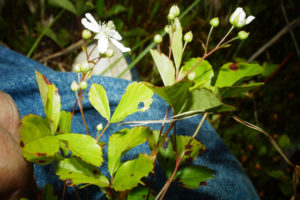 After we re-discovered the location of the Liparis liliifolia on the North Tract, Dave and I did a little foraying in the powerline area. We found some patches of Rubus hispidus (Swamp Dewberry) in bloom. It is also sometimes called Bristly Dewberry. 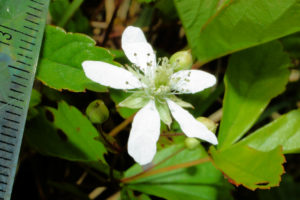 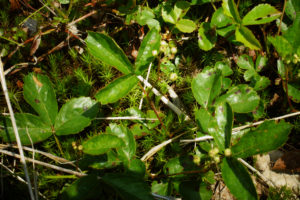 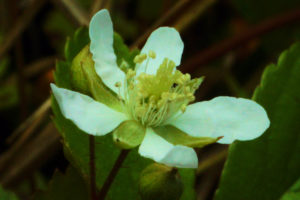