Viola primulifolia or Primrose-leaved Violet is an acaulescent viola meaning that the flowering stem grows from the crown of the plant along with the leaves. Its natural range is Eastern USA from Maine in the north, Iowa and Texas in the west, and Florida in the South. It prefers wet areas like seepages. It is fairly common on the Refuge is this type of habitat. 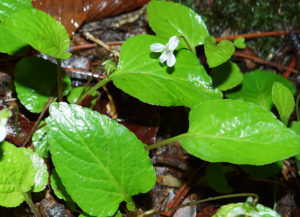 It is a nothospecies, or a self-reproducing hybrid of Viola macloskeyi and Viola lanceoalata. The former is not known from the Refuge, while the later is. The populations of this species in this part of Maryland appear to be slightly different in the leaf shape from other populations found elsewhere. 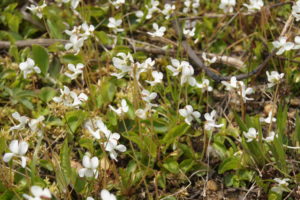 These photos were taken on 10 April 2012 on the North Tract of the Patuxent Research Refuge. 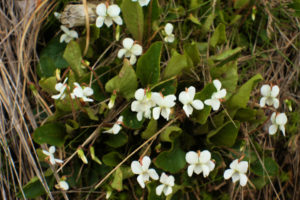 This entry was posted in Journal, Plant Profile. Bookmark the permalink.