Flora of the Patuxent Research Refuge – 1940

In July 1947, Hotchkiss and Stewart published the results of their survey in “The American Midland Naturalist” in an article titled Vegetation of the Patuxent Refuge, Maryland. At the time, the refuge consisted of some 4000 acres in what is now called the “Central and the South Tracts.” Plants were collected and placed into the refuge’s herbarium. Many scientists contributed their specimens to the herbarium, with Neil Hotchkiss and Fran Uhler contributing the most number. In 1979, William Stickel published an addendum to the 1947 list in a booklet called “Vegetation and vertebrates of the Patuxent Wildlife Research Center: outline of ecology and annotated lists.” This publication added several species of plants new to the refuge. The herbarium was put into a caretaker status and was maintained herbarium by Matt Perry of the USGS until about 2010. During the summer of 2010, I started photographing plants on the North Tract just for the fun of it. By the fall, I had gotten to know the staff on the North Tract fairly well. The staff told me that I could take photos of more habitats if I obtained a Special Use Permit (SUP). In the meantime, I found out about the old herbarium cabinet on the Central Tract. After talking with Matt Perry and others, I then got the idea of cataloging the plants on the North Tract since that had never been done in a systematic way.

I finally got the SUP on 1 November 2010, and I have been busy since then collecting and photographing the plants on the North Tract. After going through the original Patuxent lists, I discovered that there were numerous nomenclature issues. So, I got the idea of making a master list for the whole refuge. 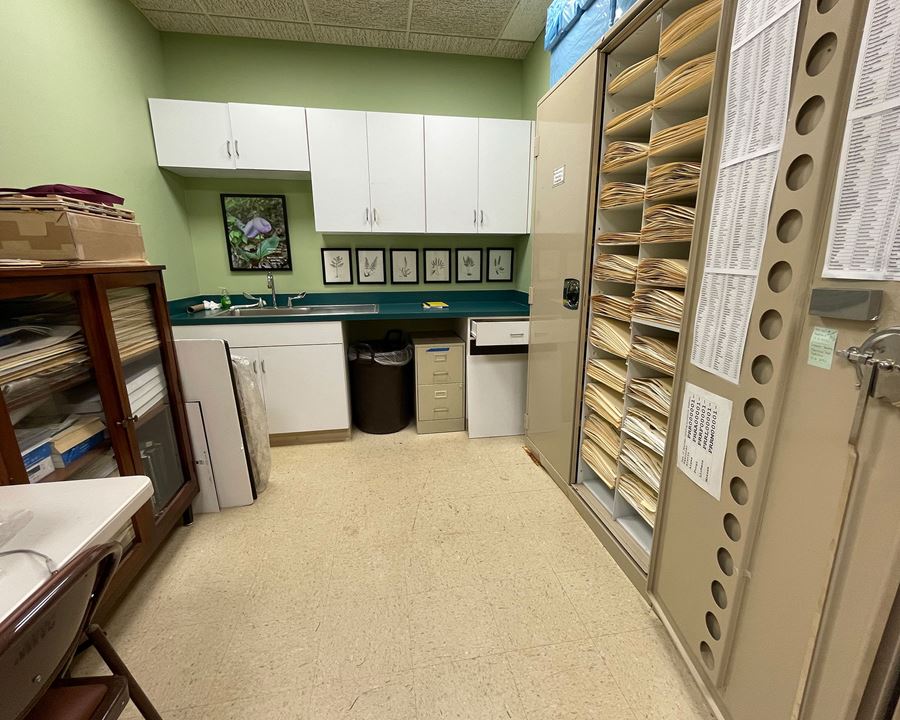 As of May 2022, the herbarium contains over 5,400 specimens including over 3,300 specimens collected since 2010. We have identified over 1000 species, including over 200 new records for the refuge and five species new to Maryland. The total tally for the whole refuge, which includes the original Patuxent list, is about 1300 vascular plant species (Tracheophyta). We are now comparing the plants we have collected on the North Tract with those which we collected by Niel Hotchkiss, et al. In April 2015, we added a second herbarium cabinet to accommodate the additional specimens. A third cabinet was added in 2020. 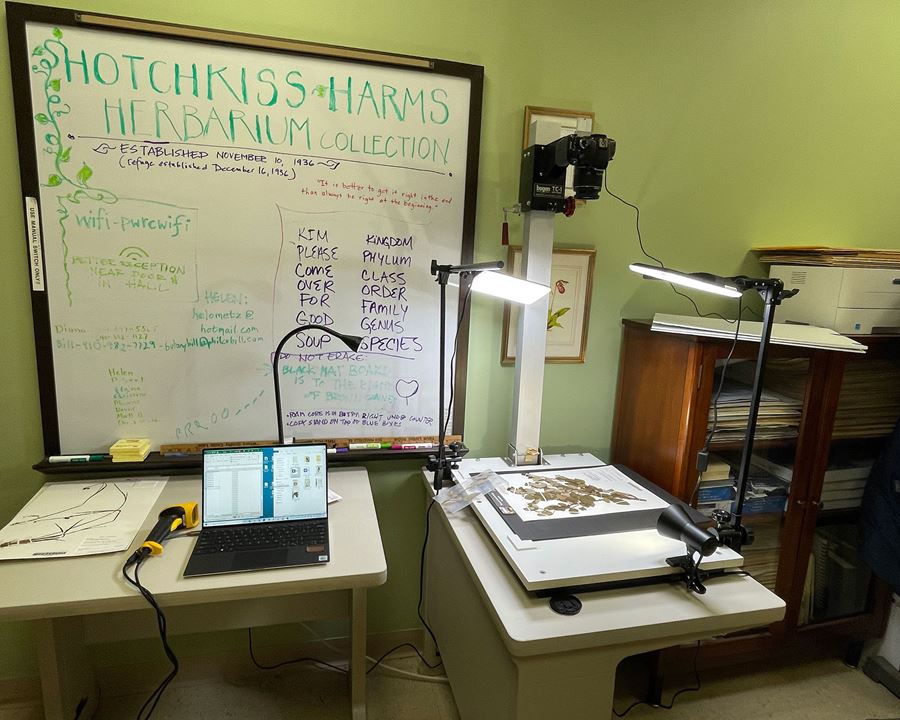 In 2019, with the collaboration of the Mid-Atlantic Herbarium and the Norton-Brown Herbarium at the University of Maryland, the herbarium began digitizing its voucher specimens. As of May 2022, about 4500 specimens have been imaged. Herbarium staff built a photographic stand so that the vouchers can be imaged at the herbarium.

The herbarium is a member of the North American Network of Small Herbarium (NANSH), to which the herbarium shares its data, including images of specimens, to a searchable national database of consisting of data from small and large herbaria throughout North America. Being part of this network allows to access of the herbarium’s data and voucher images to researchers and others, and gives the herbarium a high level of prestige and standing in the research community.

This will likely be a several-year project before I draw up a final product covering the whole refuge. In the meantime, a list of the plants found on the Refuge can be found on the Herbarium’s NANSH Web Page.

The Friends of Patuxent has been a supportive advocate of the project and recently, with some donors helped to purchase the third herbarium cabinet, and they have set aside part of their budget to support the herbarium. You can find a write-up about the herbarium on the Friends webpage. Over the years, many people have contributed to the project, and we now have two sub-teams, one dealing directly with the herbarium and another doing field work, totaling about 10 people, all volunteers.

Believe it or not this is not my vocation. I have a BS degree in botany, but my career took a different direction. However, over the years, I have tried to keep up my interest in botany. I do not consider myself to be fully competent with the local flora, but I am learning. I am actually more familiar with the flora in my hometown Spokane Washington than I am with the plants around here, but that was over 40 years ago. I appreciate your offers of assistance.