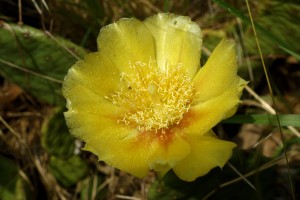 This afternoon, I took a quick jaunt out to Lake Allen to take some pictures of the  Eastern Prickly Pear, a type of cactus that is found on the Refuge. Its scientific name is Opuntia cespitosa Raf. Its natural range is primarily west of the Appalachians and east of the Mississippi. However, there are scattered populations of this species along the Atlantic Seaboard from New England to Georgia.

The population on the refuge is rather large, covering several acres. It could be one of the largest populations of cactus in Maryland. On the refuge, it thrives in the sandy soils of the northeastern part of the North Tract by Lake Allen and by the firing ranges. 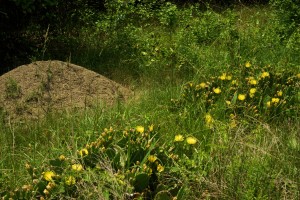 It is shade intolerant and thrives in full sun, and needs well-drained soil. 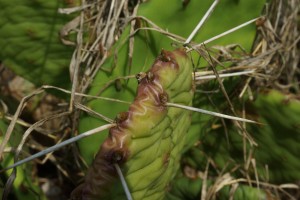 The fruit of the Opuntia cespitosa is edible, and can stay on the plant until the next spring. Here on the refuge, it blooms from late May to mid-June. 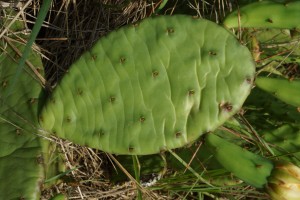 In a couple of the shots I had to deal with the pesky Allegheny Mound Ants (Formica exsectoides). Without looking, I plopped down on a swarm of them, and within a minute or so they were crawling all over me. I even had to take one off of my forehead. They are an interesting critter and merit a separate blog entry. You can see a couple of their mounds in the pictures on this page. (More about them in future blog entry) 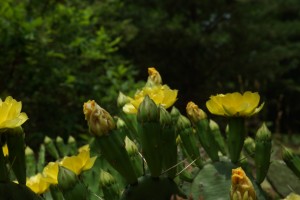 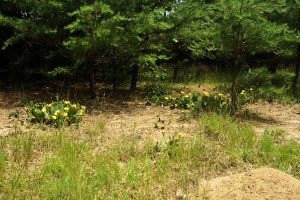 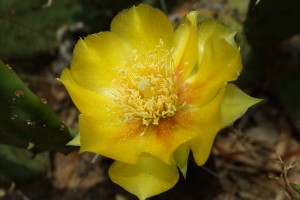 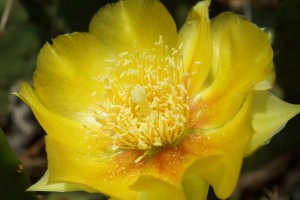 This entry was posted in Fauna, Non-Refuge, Plant Profile, Sites around refuge. Bookmark the permalink.