Lightbox used for imaging the specimens.

2018 was a banner year for the Patuxent Research Refuge (PRR) Plant Inventory Project (PIP) Team. The biggest event was the digital-imaging of about 4600 Refuge herbarium voucher sheets by the team. The PIP team appreciates Professor Maile Neel, Director of the Norton-Brown Herbarium, University of Maryland for her guidance and assistance in providing the equipment and space to image the voucher sheets and Dr. John Hall of the Mid-Atlantic Megalopolis Project (midatlanticherbaria.org) for his consultation with this part of the project. The PIP team also recognizes the Herbaria Consortium for providing the Internet portal, technical support, and computer resources to allow the images and accompanying data to be placed on the Internet. 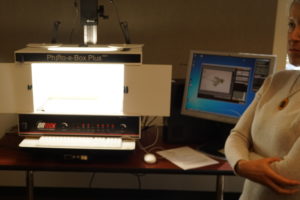 Marnie Whitlock and Elaine Nakash headed up this effort by spending several weekends and countless hours at the University of Maryland in College Park imaging the voucher specimens. They used professional equipment (MK Digital Direct Photo-eBox PLUS) to digitally image the specimens and convert them into a format that made them ingestible to the Consortium database. After each session, Bill Harms uploaded the images to the Consortium database and matched them to the accompanying collection data already on—line in the PRR Herbarium’s portal. The images and the data are accessible online for researchers to view and study. 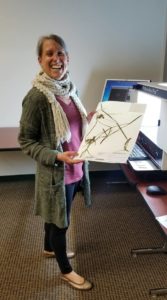 Marnie holding a specimen for imaging.

We used a barcode on each voucher sheet that corresponds with the specimens’ accession numbers to keep track of the sheets when we transported the between the Refuge and the University of Maryland. 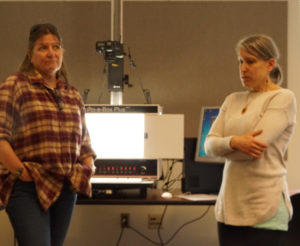 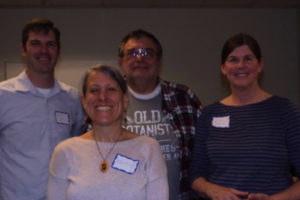 The project to image voucher specimens and make them available to the public on the internet is a joint effort of many educational institutions and governmental organizations throughout the USA and the world, and is funded in large part by the National Science Foundation. The Refuge Herbarium participates in this effort as a member of the North American Network of Small Herbaria (NANSH). The Refuge should be proud to be associated with this project.

Since 2017, PIP team member Christine McElroy, has devoted her Wednesday afternoons to mounting specimens and restoring  a countless number of voucher sheets that needed repair. Through her efforts, the longevity of the specimens will be extended and the herbarium will be an even more valuable resource.

PIP team members collected an additional 200-plus specimens for the herbarium and added about 10 new species to the refuge list. Thank you to Dave Anderson and Matt Beziat for their assistance in this portion of the project.

We are also excited to welcome a Lichen Survey Project led by Helga Matausch.

The PIP Team participated in Refuge events at the Wildlife National Wildlife Center. 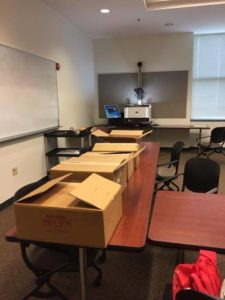 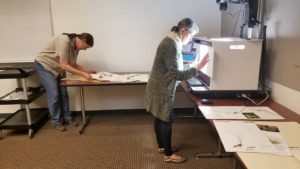 Elaine and Marnie busy at work.